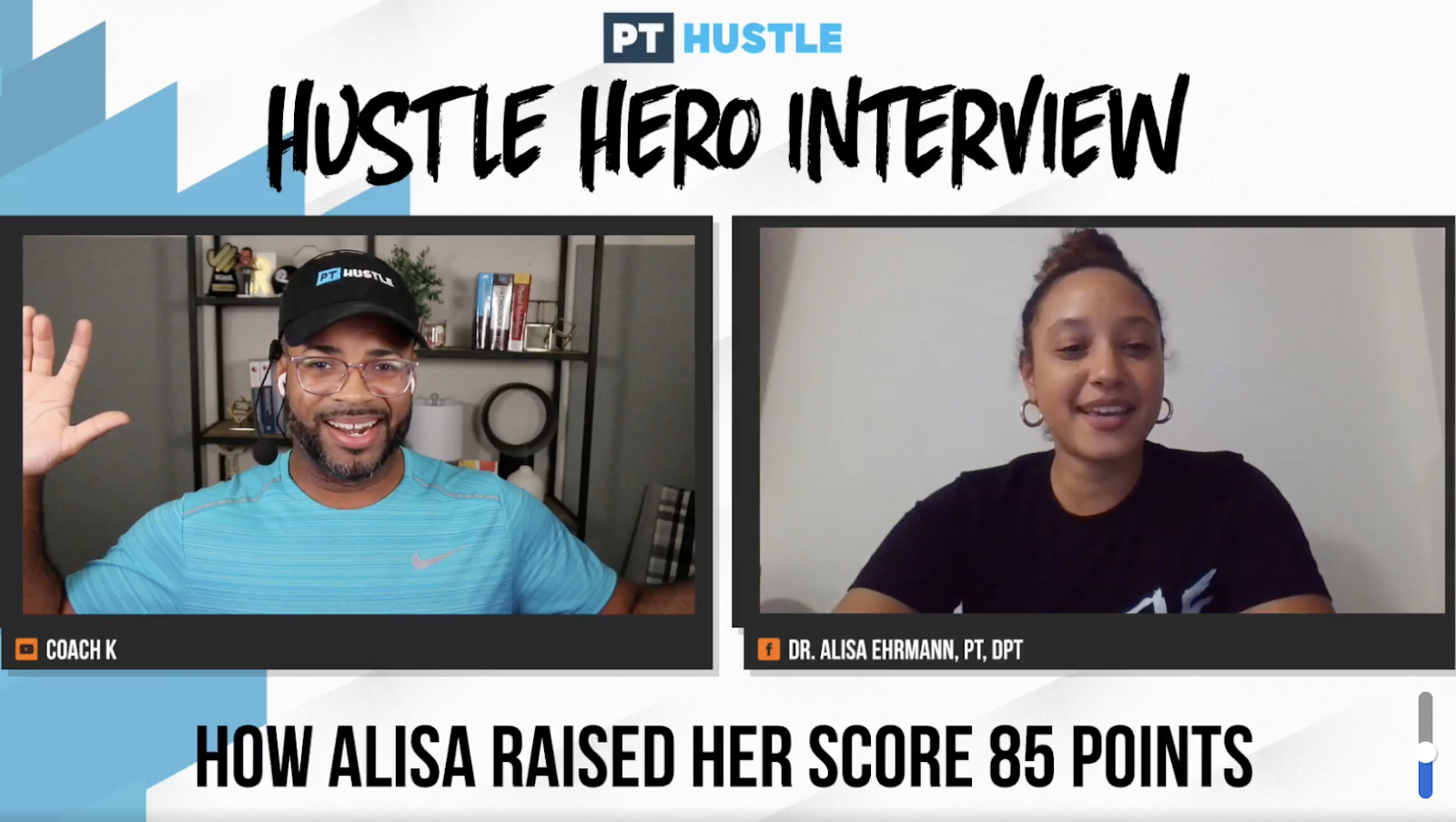 At age 24—long before she’d ever heard of the NPTE or PEAT exam—Alisa had a pretty great life. She’d gotten her communications degree, was living in New York, and had been working successfully in fashion for five years. Then, one night as she walked to the subway, she was hit by a Chevy Suburban SUV.

“I broke my tibia and fibula, which led to two surgeries and a long bout of physical therapy—pretty much all of 2016,” says Dr. Alisa Ehrmann, DPT, PT. “It was incredibly difficult, but the bright spot was I really loved my physical therapist. She got me back on my feet, and I had an epiphany. I thought, ‘Wow, I want to do this! I want to get people who have experienced trauma like me back to being their best selves.’”

Back to basics: Getting ready for the NPTE exam

So Alisa moved back to Maryland and started on the pre-req courses she needed for PT school. Once she got in, most of her classmates were younger—just out of undergrad, where they’d spent all their time preparing for a career in physical therapy. Alisa knew she lagged behind in learning certain concepts, but she struggled most with tests.

“I’ve always been a nearly straight-A student, but I hate exams and standardized tests like the NPTE,” says Alisa. “I always thought, ‘Why can’t I just show you what I know? We’re PTs, we’re physical! What does multiple choice have to do with anything?’”

Alissa had to take both the SAT and GRE twice, so she wasn’t overly confident that she knew how to pass the NPTE in one shot. She studied independently and did a bit of group work every few weeks. Looking back, she sees clearly that she wasn’t really set up for how to pass the physical therapy board exam.

“In PT school, we never went over how to study, which is crucial. The NPTE is not like the exams we took in school where we had 115 questions and an hour and a half. This is a 250-question, 5-hour exam. That is completely different.”

On top of that, Alissa realized she didn’t fully comprehend everything she studied.

“I memorized information, but that’s not going to cut it,” she says. “To get the NPTE passed, you have to truly understand the concepts.”

Ask for the help you need

After failing the NPTE by a small margin—she scored 583—Alissa regrouped. She asked a professor who’d written for the NPTE exam for help and followed his guidance. On the second attempt, she got a 594.

“It was closer, but it still doesn’t count!” says Alisa. “After I failed the NPTE for a second time, I knew something had to change. A classmate of mine introduced me to the PT Hustle. I listened to podcasts, read Coach K’s testimonies and spoke with Carie for a free 15-minute phone call. I was seriously inspired.”

Alisa was sold—and then she learned the price.

“I was like, ‘Oh, I don’t think I can afford this,’” she recalls. “Then I spent two hours on the Facebook group reading about the PT Hustle, and I said, ‘You know what? I need to invest. I need to exhaust my resources. This is money that I’ll get back in the first month or two of being a physical therapist. This is my future. This is my career. So I did, and on my third try, I passed the NPTE. It was the best $2500 I spent—ever.”

Dr. Ehrmann: I bought a calendar and some pretty colored pens, which sounds simple but was enough to motivate me to create a structure. I listed out 4-6 topics to study every day.

Before, I’d study 8-10 hours at a time. This time, I focused on quality over quantity. Studying 4-6 hours daily or 5 times a week with scheduled topics is so much more valuable than randomly studying “stuff” for 8 hours.

2. Break up the PEAT exam

Dr. Ehrmann: Every day, I’d answer 5-10 practice questions. If I recognized a topic from those questions that I felt I needed more work on—let’s say TMJ—I’d get out my Therapy Ed book, read about it, and then go back and see if I’d get that question right this time.

3. Study with a group

Dr. Ehrmann: It’s very important to hear how other students think about a certain concept, and that always comes up if you’re studying together. You can also teach them, which teaches you. During my PT Hustle prep, I did 3 study sessions a week with my 3 study partners, and it made a huge difference.

Dr. Ehrmann: Coach K helped me figure out that my studying was more productive at certain times. For me, that was 10-12 in the morning, so those became my Power Hours. I knew that, after 12, I would get hangry and wouldn’t be able to focus. So at noon, I’d eat and take a break, and then I’d have another set of Power Hours from 2-5. That would leave me the evenings to relax, watch TV, see my family, and so on. It built balance into my schedule.

5. Make self care a priority

Dr. Ehrmann: I treated studying for the NPTE exam as my full-time job, and Coach K showed me that part of that full-time job is exercise, healthy eating, meditation, doing yoga—all the things I needed to do to refresh and stay healthy. You have to take your walks, get eight hours of sleep, or get some fresh air because that’s how you retain better. And you have to learn to do it without that voice saying, ‘I should really be studying’ in the back of your mind.

Dr. Ehrmann: While I was working on how to pass the physical therapy board exam, I had a skeleton named Bubba. One night, I had a realization: I wanted to score a 742. So I put a sticky note with that number on Bubba’s mouth. In both previous attempts, I aimed for a 600, which is the bare minimum you need to pass. No! Don’t aim for a 600. That’s like aiming for a 599, which is ultimately pointless. If you aim for a 742 and you score a 620 or 610, you pass. Don’t aim for the bare minimum.

7. Ask for help—especially at the last minute

Dr. Ehrmann: So the PEAT exam is a big part of getting the NPTE passed. Before my third NPTE exam, I took a PEAT exam and got a 696. My baseline was 611, so that was an 85-point increase. I was thrilled. Then, two weeks later, I got a 578. I thought, ‘What in the world?!’ I was freaking out, and the actual NPTE was coming up. So I asked for help.

Coach K went through my score report and saw that my section 2 was just really, really hard, and he could see on the page that my confidence shot down from there. I talked about my fears with students on the live feed, and they were so encouraging. Ultimately, Coach K looked at me and said, ‘You have a 99% chance of passing this third and final NPTE,’ which put me back in the right mindset.

During the exam, I did all the things I’d learned from the PT Hustle. I focused on nutrition. I did wall push ups in the bathrooms during breaks. I talked myself up in the mirror, even if it made me laugh. And, like Coach K always says, I walked in there like God sent me. All of that got my confidence back up there. It felt different.

Here’s what I know: You can have lots of knowledge, but if you’re not into it, feeling it—if you’re not confident and you don’t trust yourself—you can fail. The third time I took the NPTE, I knew I passed. That feeling is everything.

To learn how The PT Hustle can help you pass the PT exam, click here.