Cost vs. Benefit: The Little Known Secret to Increasing your NPTE Score 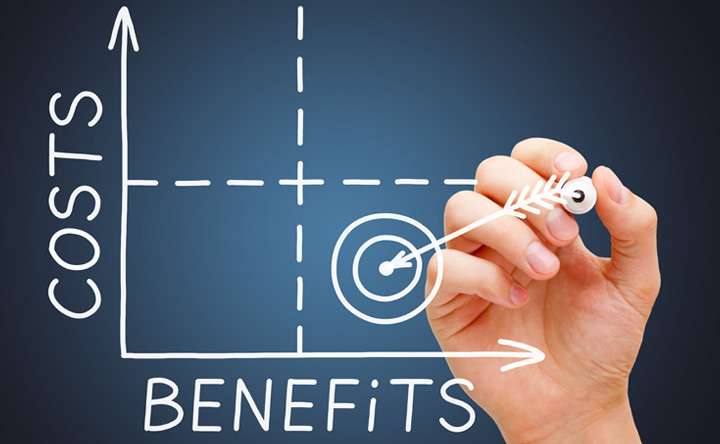 You should study diligently and take practice tests to increase your NPTE score but there’s a little known secret to getting more points on the NPTE.

Dr. Rice, aka Coach K, often shares tips and tricks with current and prospective students. Here’s one recent secret he shared with students who have failed the NPTE and those who have historically found standardized tests as challenging as Coach K himself once did.

Getting back some of the points on your NPTE all starts with the idea of cost vs. benefit. You likely know that phrase, “cost vs benefit”, even if you aren’t totally sure how to implement it. Basically, it’s a process to help you make a decision. Used most often in the business world, cost benefit analysis is a process that weighs the potential benefits of an action, such as financial or personal gain, and puts that up against all of the possible negatives, or costs, of that action.

To increase your exam score, you’ll need to apply this same type of concept to the NPTE. Thankfully, Dr. Rice of the PT Hustle is here to tell you how to do it.

The Little Known Secret to Increasing Your NPTE Score

Dr. Rice has a little known secret to help you get a ton of points back on the NPTE. But first, some background… A student who reached out to Dr. Rice is preparing for the NPTE again after failing three times. Now they are getting ready for the fourth attempt at passing the NPTE Exam. Understandably, they are confused and worried. They don’t know if they need to study more or study differently. They are questioning what to study to take the NPTE again and feel lost. It’s not a good place to be. Maybe you can relate and have similar questions as you strive to increase your NPTE score ahead of taking the exam again.

This particular student feels behind on their NPTE study schedule because the other day they tried to study just things related to the shoulder and it took them longer than they had anticipated — two days instead of one. You probably know the feeling, the frustration and fear of falling behind.

This is where Dr. Rice’s secret to help you get a ton of points back on the NPTE comes in, and you might have already guessed it, but it uses the cost vs benefit analysis!

Let’s Focus On The Shoulder

The student is worried because they focused on the shoulder longer than they planned. Okay, but let’s take a look at how popular the shoulder really is on the NPTE. In fact, think about how popular it is in musculoskeletal in general. The shoulder is one of the major joints that gets tested on — it’s a hot target on the NPTE! There’s a lot of NPTE Exam questions that come up in and around the shoulder. Whether it’s the scapula, the shoulder, helping a patient who wants to reach overhead – whatever it is, the shoulder is a hot topic!

How Much Time Left Until Your NPTE?

While discussing his cost vs benefit secret, Dr. Rice knew that some of his students have only about 30 days remaining until their NPTE. He ponders, though, “If 2 days out of those 30 were able to get 10 more scale points on the NPTE exam, would it be worth it?” The answer is a definite yes!

Dr. Rice would take that benefit from the cost of just two days, any day! Two days to get 10 more scale points on the NPTE would be enough to get you from a 580 to a 590. That’s huge.

Are you really behind if you took two days instead of one to study the shoulder? Dr. Rice thinks the truth might be that you are in the lead, not falling behind. It could be something amazing if you truly learned the material, retained it all, and can now apply it on the NPTE and in your PT career after you got those extra points and dominated the exam!

By using the cost vs benefit approach, you could avoid letting things like this mess with your mind. If you thought you didn’t get done what you were supposed to maybe that made you feel like you’re not successful… Then you got discouraged and you didn’t retain information while studying. Before you know it, the following week was shot and then you were actually behind all because you got behind by that one day. This cycle is common, but it doesn’t have to happen. It’s all a mindset and your mindset can change with this secret!

Simply do a cost benefit analysis and see if the amount of time spent on a topic is worth the potential benefit. What you find may be that it’s maybe perfectly okay to take two or three days just to study that one NPTE hot target topic, to increase your score, and to dominate the NPTE!