Crushing the NPTE: 3 Pitfalls To Avoid 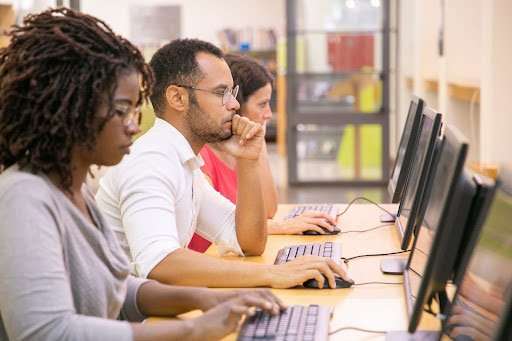 Dr. Kyle Rice isn’t a test guru or prodigy. Before the NPTE, he failed every standardized test he’d ever taken. Going into his final year, he felt certain he’d fail the NPTE and would disappoint his family and himself.

With 14 months to go and hovering at a 45% on his practice exams, he knew it was time to switch it up. He learned the formula to raise his score by 230 scale points. So not only did he pass the NPTE, he dominated it with an 800/800 score.

Coach K, as he’s now known to thousands, has shown how to pass the physical therapy board exam and avoid the pitfalls. He’s been burned out and exhausted, not able to retain information or know the formula to breakthrough. That’s why he created the PT Hustle.

Live Up To Your Inner Overachiever

It’s totally valid to fear the NPTE. It’s the highest of high-stakes testing, a single exam that is the gate between you and your future as a physical therapist. But you CAN win at the NPTE. Coach K found the winning formula and thousands of students have used it to achieve their dreams.

Like many of us pursuing a vocation in physical therapy, Coach K always saw in himself as an overachiever. But if you looked at his exam scores, it didn’t seem like he was achieving much. Sound familiar?

That’s because even an overachiever can fall into the three pitfalls that hold you back when you’re studying for the NPTE.

It’s not enough to hand you a big review book and tell you to memorize it and ace the test. If it were that easy, we wouldn’t need the PT Hustle! What Coach K learned is that passing the NPTE requires a holistic approach. And the first part of that is staying motivated.

During Coach K’s second year of PT school, he took an NPTE review course and received a generic calendar and a book. Everyone had to purchase that particular book. In Coach K’s words, they were told, “if you get this book, baby, you’re pretty much good in the hood.”

He thought it had to be right since the program recommended it, since upperclassmen were passing the NPTE and selling their copies. So he started reading this book cover to cover, page by page. Kinematics, biomechanics, musculoskeletal…it was all there.

But he’d find himself skimming pages, bypassing entire sections. He’d be thinking about the weather, checking Instagram, anything but actually focusing. And at the end of a study session, he couldn’t even recall what he’d studied that day.

Study time is about quality, not quantity. If you spend ten hours staring at a big book and remember nothing you looked at? It’s frustrating and exhausting, and that’s not even the worst part. The worst part is taking a practice exam after all that time and your score doesn’t even improve.

Coach K was searching for the winning formula to pass the NPTE exam. Trying to memorize the comprehensive review book wasn’t it, so he switched it up. He took practice exams, noted his weak points, and his cardiopulm scores were low, so he focused on that.

And before he knew it, he’d be in bed watching Netflix instead of studying.

Coach K was an overachiever, and he knew he was weak in cardiopulm, and he got paralyzed. He froze up.

Everyone has their weak areas. For Andrea, Coach K’s wife, it was MSK. For someone else, it might be pediatrics. It’s just human nature; when you’re not good at something, you tend to fear it, to avoid it.

If you’re like most PT students, you’ve taken a ton of practice exams, and you probably spend a lot of time studying your wrong answers.

Coach K was the same. He got a 45% on therapy ed and started looking through the back of the book at the rationales.

He got in the habit of reading the rationales rather than study. When he retook the same practice exam just for comparison, he still got the same questions wrong.

Even after four months of reading rationales, he got the same questions wrong.

How Your Pitfalls Help Us Help You

In the PT Hustle system, we can identify and categorize how close each student is to grabbing that golden ring and passing the NPTE exam. One way we do that is by determining whether you’re falling into these three common pitfalls.

If you’re falling into one or more of these pitfalls, you’re having an identification problem. You’re not recognizing how to zero in on the things holding your score down.

In the PT Hustle system, that’s what Coach K calls Pillar 1. And knowing that helps build a strategy to change the game and get you over the finish line.

Coach K is about to level you up: They’ve had over twenty students ace the NPTE since last July!

How do you level up? How do you stay motivated to keep hustling? It’s simple. Know what to study to raise your score.

Anticipate which topics will give you the most points on your NPTE, and stay focused on that. If you can do that, you’re good in the hood.

Let’s talk about Thomas, one of Coach K’s students. Great dude, amazing heart, but he struggled throughout PT school just like Coach K. His weakness was cardiopulm, and his score in that area was dragging his whole NPTE score down. He failed four times. And he kept getting sucked into those three pitfalls we talked about.

But the issue wasn’t cardiopulm.

The issue was focus.

See, Thomas devoted more and more time to cardiopulm. He got frustrated trying to study everything related to it. He was spinning his wheels because he didn’t know what to focus on. Yet, once he identified the exact weaknesses to focus on, everything came together.

Thomas scored a 95% on his NPTE and got his dream job, making bank while traveling the world.

Coach K’s wife, Andrea, is also a physical therapist. And her weak point was musculoskeletal. MSK makes up so much of the NPTE that she just wanted to give up, not even try.

Six weeks before the NPTE, she finally asked Coach K for help. At that point, they only had one choice: identify the points at which they could raise her score the most with the time they had available and dive in. They got super specific, and with six weeks of quality prep time, she scored a 725 on the NPTE.

What do Thomas and Andrea have in common? They both let their fears of their weakest areas keep them from improving their NPTE scores. And they both found success through getting specific.

Even if you only have a few weeks, Andrea proved how quickly you can get results. It only takes six weeks to improve your NPTE score by as much as 10-50%!

To stay motivated, target the points where you can affect your score the most. You’ve got to be specific and focused. If not, you’re going to fall into those three pitfalls we talked about — and you’re going to burn out.

The people crushing the NPTE are snipers. They are targeted, focused and relentless.

Are you an NPTE sniper?

We know you’ve got what it takes to become one. You wouldn’t have made it this far without being an overachiever. So let The PT Hustle get you over the finish line.

You CAN Crush the NPTE

Ready to push through the pitfalls? Sign up today for the PT Hustle!