Parkinson’s Law: How Time Management Is Key To NPTE Studying 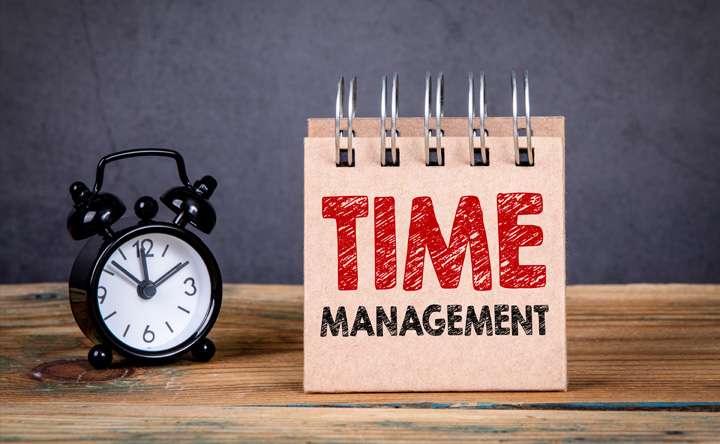 Have you ever started a simple NPTE task way ahead of schedule? Maybe you thought, “I’ve got plenty of time to finish this, but I’ll just wrap it up quickly and be done with it,” and yet somehow the work managed to take up more time than expected. In fact, the work likely took all of the time you had left before the deadline. That, in a nutshell, is Parkinson’s Law.

Cyril Northcote Parkinson is a famous British historian and author, and the opening line in his article for The Economist in 1955 (and later, the focus of one of his books, Parkinson’s Law: The Pursuit of Progress) introduced his law to the world: “work expands to fill the time available for its completion.”

To explain it further, Parkinson’s Law states that if you give yourself a week to complete a two hour task, the task will increase in complexity (psychologically speaking), become more challenging, and ultimately take up that week. It may not fill the entire week with more work per se, but with the stress and tension about having to complete the task.

Parkinson’s Law and the NPTE

Dr. Rice, aka Coach K, says that a personal experience after passing his NPTE taught him to understand Parkinson’s Law. Later, as he reflected on the situation, he saw how a PT student could use Parkinson’s Law to their advantage while studying for the NPTE and eventually, to help them dominate the exam!

When Coach K graduated PT school, he was super excited having just passed the NPTE, gotten a job, and his license. He had a great job lined up, a cushy country club gig treating 1-2 patients an hour and getting paid over $40 an hour. It was a dream job, but before he got the opportunity to get into that cushy job, he first had to work at another clinic to get his feet wet. This other clinic was your normal PT mill, with a lot of patients coming in every day. He’d see 3-4 patients an hour, amounting to 22-26 patients a day, also leaving him with 2-3 hours of documentation at night. The strange thing he noticed is that on rainy days, when cancellation rates typically rise at outpatient clinics, he’d see maybe 8 people total, all day, and yet somehow he would still end up spending the same 2-3 hours on paperwork. That was work filling the allotted time. That was Parkinson’s Law in action!

In retrospect, Dr. Rice thought, “Oh my gosh, NPTE prep!” He knew from his own experiences that if you don’t get specific with how much time you plan to spend studying something, the amount of studying you have to do will actually expand. Time management is key to NPTE studying, and Parkinson’s Law can help because by assigning the right amount of time to each topic, you can gain back more hours and the topic will reduce in complexity to fit the amount of time you allocated to it.

Coach K sees this in his life and in his students, because Parkinson’s Law impacts everyone — 15 minute study sessions can easily turn into 4 hours!

Here’s an example of how Parkinson’s Law and time management can hinder or help you prepare for the NPTE Exam, depending on how well you understand it:

Have you ever had a topic you wanted to study that was only supposed to take you a little bit of time? Only, it wound up taking you 4x as long? Has that happened to you when preparing for a topic on the NPTE?

A topic that should have taken 45 minutes in NPTE prep took all morning simply because you had all morning to do it! Parkinson’s Law explains that you will automatically take things slower because you know you have the time.

The thing is though, you can’t get this time back! And it isn’t just the studying time lost, you are potentially wasting time you could actually be using to do things you enjoy: working out at the gym and eating out at restaurants. You could be doing all of that guilt-free but you’re wasting time so you feel like you don’t have the time. But you do have time! You just aren’t using it wisely.

You can not only overcome Parkinson’s Law, you can use it to help you study more effectively for the NPTE and then dominate the NPTE Exam. Here’s Dr. Rice’s three step plan for overcoming Parkinson’s Law:

Need more help making a study plan, managing your time, and preparing to dominate the NPTE? Check out the different PT Hustle programs to find the one that’s best for you!